“Each of us is called upon to protect the future of the generations to come.”

As founder and owner of the VTA Group, Ulrich Kubinger has himself developed and led to market numerous innovations in the field of wastewater treatment and environmental technology.

Ing. Dr. h.c. Ulrich Kubinger is a trained chemist. He founded VTA in 1992 as a one-man company with the goal of optimising wastewater treatment in treatment plants by developing his own innovative and fully biologically compatible products. This laid the foundation for today’s VTA Group.

In recent years, he has developed and led to market numerous innovations in the field of wastewater treatment and environmental technology through his own research work. In all, he holds more than 70 patents.

Ulrich Kubinger works closely with leading wastewater scientists at universities throughout the German-speaking world, and also in Russia. He was awarded an honorary doctorate from the Russian Academy of Natural Sciences, of which he is also a member. As an expert, he has taken part in environmental discussions at the European Parliament in Brussels.

Ulrich Kubinger’s extensive research and successful commercial activities have been recognised in a series of honours, including the Environmental Prize of the Pan-European Union, the Gold Order of Merit of Upper Austria and the Golden Ring of Honour of the Region of Rottenbach. 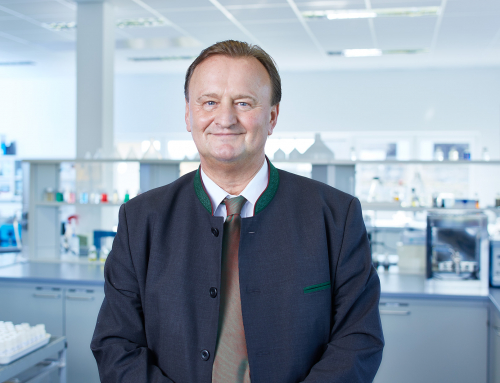